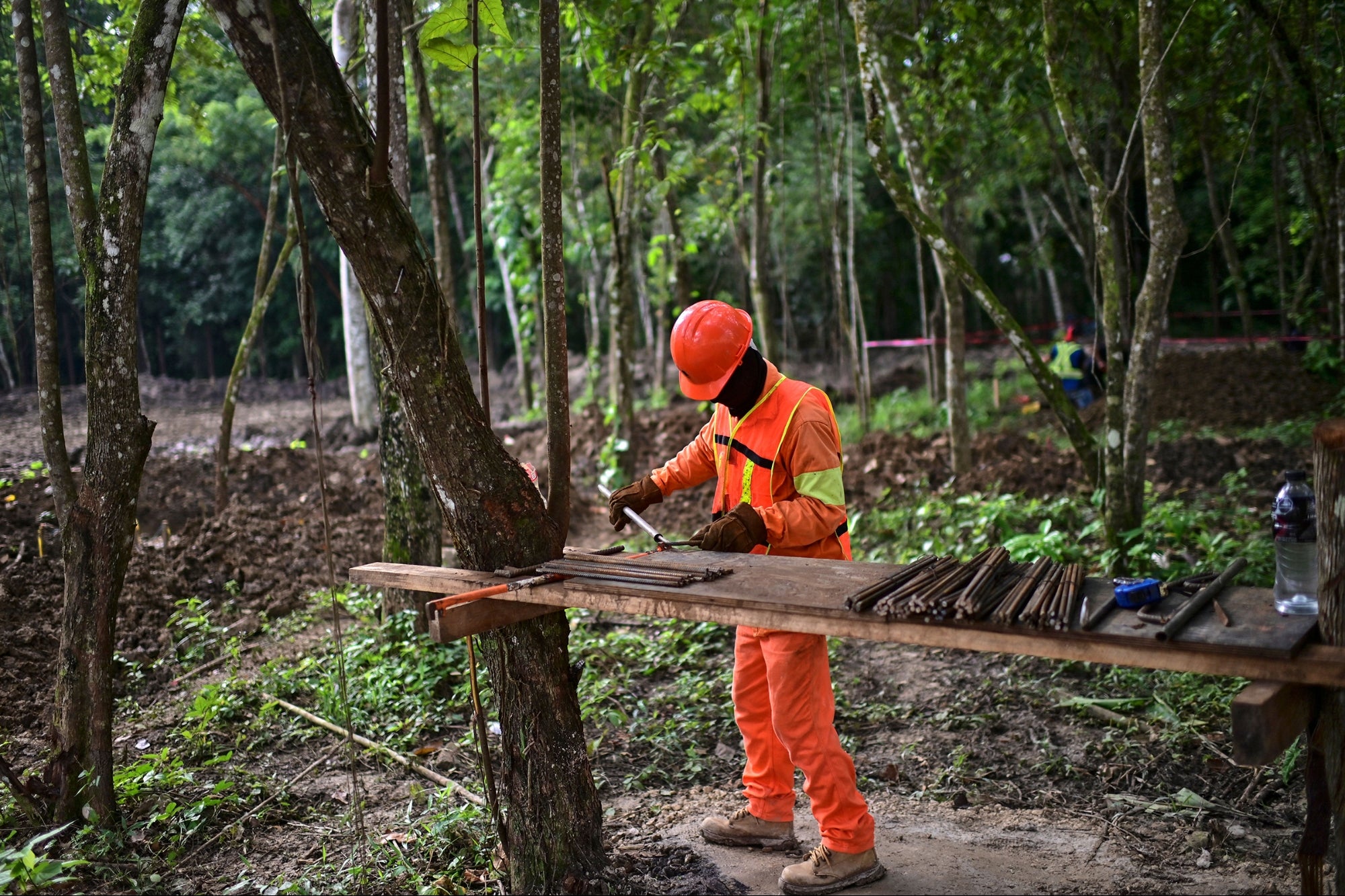 This article was translated from our Spanish edition using AI technologies. Errors may exist due to this process.

Since the construction of mayan train began, one of the most important projects of the government of the President of Mexico, Andres Manuel Lopez Obrador , there have been voices questioning the environmental impact it would have in the region. Last month, a group of divers filed a injunction on the grounds that the project did not have an environmental impact permit.

Today a Yucatan state judge ordered the temporary suspension of work on the section that goes from Playa del Carmen to Tulum . “Although the company has an interest in building lines of communication for the public service, the truth is that it is also interested in doing so in accordance with the legal provisions that Mexican law provides for the environment.”

This section of the work has drawn a series of criticisms for the deforestation it involves in the jungle and for the passage over an area full of underground rivers, cenotes and caves. In March, a group of artists and influencers launched a campaign against the Mayan Train called #SélvameDelTren , which featured seven different social media videos in which the reasons for disapproving of the project were laid out. Among the celebrities who have taken part in the movement are Eugenio Derbez, Aislinn Derbez, Arturo Islas Allende, Regina Blandón, Marisol Rueda, Kate del Castillo, Saúl Hernández, Bárbara Mori, Rubén Albarrán and Nathalie Lafourcade .

The campaign was criticized by President López Obrador, who at the time called the artists pseudo-ecologists, conservatives and fifis: “When these artists, environmentalists, spoke out for the destruction that was going to be carried out on the lake Texcoco? We are talking about the lake with the most history, which is the origin of Mexico-Tenochtitlán. When did they give anything? Never anything”.

The original work of the Mayan train ran along the highway that currently connects Playa del Carmen to Tulum, but given the difficulty of having to raise the work above the urban area of ​​Playa del Carmen, it was decided to change the route. This is the first time that a magistrate has spoken in relation to the so-called fifth section of the book.

During his usual morning press conference, López Obrador said he had not yet been informed of the suspension of works and insisted that the project will help “to solve the problem of the lack of connectivity and ‘transport infrastructure in the south-east of the country’.

So many of us are concerned about the Maya aquifer. If we want the train, but the one that respects the environment, the LARGEST SYSTEM OF RIVERS AND CENOTES IN THE WORLD. #NoAlTramo5 #SelvameDelTren pic.twitter.com/LrwViviqW2

What is the Maya Train?

According to official project page , the Maya Train “is a project to improve people’s quality of life, take care of the environment and trigger sustainable development. It will cover a distance of approximately 1,500 kilometers and will cross the states of Chiapas, Tabasco, Campeche, Yucatán and Quintana Roo”.

Most sections will use the existing old roads or highways, but in others it will be necessary to trace and build new spaces. Completion of the Mayan Train is scheduled for December 2023. One of the main goals of the project is to boost the economy of southeastern Mexico.

2022-04-19
Previous Post: Don’t Make These Mistakes with the Experience Section of Your LinkedIn Profile
Next Post: Rangnick lays out United’s task of rebuilding after Anfield misery | Sports