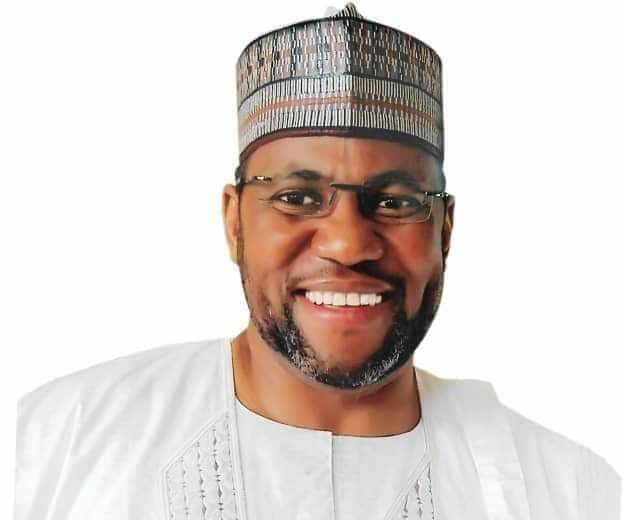 the senator from Katsina North district, Ahmed Babba-Kaita, says the Senate will appeal the court judgment that last week struck down Section 84(12) of the 2022 Elections Act.

The senator said the judgment is not in the collective interest of Nigerians.

PREMIUM TIMES reported that Federation Attorney General and Justice Minister Abubakar Malami said the federal government would swiftly implement a judgment of the Federal High Court in Umuahia, which on Friday struck down the electoral law section of 2022.

In what appeared to have ruled out the possibility of an appeal against the judgment, Mr Malami said the verdict would be enforced by the government which would publish the electoral law with the “offensive provision” removed.

But in an interview with BBC Hausa Service on Monday, Mr Babba-Kaita said no one should dare to tamper with the electoral law by erasing a section of the law.

“The court cannot erase any article of the electoral law formulated by the lawmakers, it can only say that the article is good or bad, whereupon it will be returned to the assembly for possible corrections,” the lawmaker said. .

Mr Babba-Kaita said lawmakers have reasons for whatever they do, decrying a situation where a governor would appoint around 1,000 people who would all automatically become delegates to party primaries, thus reducing the chances of other unsupported candidates. by the governor.

He said those who oppose sections of the electoral law want to run for office, which makes them uncomfortable with the sections.

“When they resign from their positions, they will find it difficult to challenge. The election of a candidate must be open and this will discourage the imposition of candidates,” Mr. Babba-Kaita said.

“We cannot succumb to anyone who thinks they are above the interest of all Nigerians by erasing a section of the law, we will not accept that,” Mr Babba-Kaita insists.

The controversial provision prohibits political party appointees from voting as delegates to party conventions or conventions for the election or nomination of candidates, stating that they must resign from office 30 days at a convention to be able to attend. to participate.

A lawyer and member of the Action Alliance (AA), one of Nigeria’s fringe political parties, Nduka Edede, had filed a lawsuit challenging the constitutionality of the provision, with the Attorney General of the Federation as a defendant.

In delivering her judgment on the lawsuit on Friday, the judge, Evelyn Ayandike, agreed with the plaintiff that the provision conflicts with the constitutionally guaranteed rights of Nigerian citizens.

She noted that the Nigerian constitution already contains a provision that requires government appointees seeking to stand for election to resign at least 30 days before the date of the election.

Therefore, the judge ruled that any other law requiring such appointees to resign or leave office at any time prior to that “is unconstitutional, invalid, illegal, and null and void,” to the extent of its inconsistency with the provisions clear from the Constitution”.

It ordered the Attorney General of the Federation to immediately remove said Section 84(12) from the body of the Elections Act 2022.

The judgment offers great relief to President Muhammadu Buhari, whose request to remove the provision from the newly amended electoral law was rejected by the Senate earlier this month.

It also came as a respite for members of the president’s cabinet, including Mr Malami, believed to have seen the disputed provision of the electoral law as a threat to their political ambitions ahead of the 2023 general election.

Judgment will be executed – Malami

“The office of the Federation Attorney General and Minister of Justice will therefore give effect to the judgment of the court in accordance with the precepts of the law and the spirit of the judgment,” the minister’s spokesman said immediately after the judgment.

He pointed out that with the judgment, Section 84(12) of the Elections Act 2022 is no longer part of Nigerian law.

“The judgment of the court will be recognized by the government printers when printing the electoral law.

“The law will be published in the Official Gazette taking into account the effect of the judgment and removing the constitutionally offensive provision accordingly.

“The provision of section 84(12) of the Elections Act 2022 does not form part of our law and so will be dealt with accordingly,” the statement also said.

The speed with which Mr Malami promised to execute the judgment stands in stark contrast to the Buhari administration’s reputation for disregarding court rulings.

“This is in line with the precepts of Chapter 7, Part 4, Section 287 of the 1999 Constitution of the Federal Republic of Nigeria (as amended) on the enforcement of decisions which makes it a duty and obligation for all authorities and persons from that the judgment of the Federal High Court, among others, is carried out,” the statement said.

The plaintiff who initiated the lawsuit and Mr. Malami, who seems to be the only defendant sued in the case, agreeing with the judgment, it can very well be considered that there would be no appeal against the verdict.

A third party not involved in the case in the trial court who suddenly expresses an interest in pursuing an appeal against the verdict will have to overcome a legal hurdle to obtain permission from the court to file such an appeal.

Support the integrity and credibility journalism of PREMIUM TIMES

Good journalism is very expensive. Yet only good journalism can guarantee the possibility of a good society, an accountable democracy and a transparent government.

For free and continued access to the best investigative journalism in the country, we ask that you consider providing modest support to this noble endeavour.

By contributing to PREMIUM TIMES, you help sustain relevant journalism and keep it free and accessible to everyone.