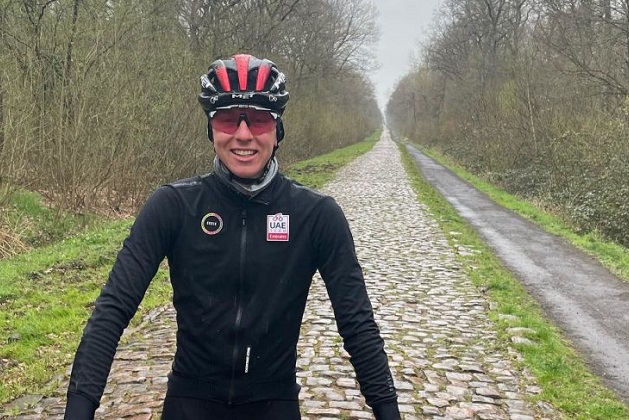 UAE Team Emirates: the cobbled section does not belong to any race

Tadej Pogacar rode the cobblestones the peloton will face in the opening week of this year’s Tour de France.

The staff who traveled the last 80 kilometers with him criticized the second sector of the stage.

UAE Team Emirates DS Aart Vierhouten said: “The second sector is downhill. It’s crazy, I would never have included this in the course if I was an organizer. This is madness. Descend on cobblestones at 60-65 km/h… And that in the frenetic pace of the Tour. In fact, this cobbled section does not belong to any competition.

The cobblestone sector that Vierhouten refers to is the second of the fifth stage of the upcoming Tour de France called Eswars to Paillencourt which ended with 73.5 kilometers to go. Although it is in a straight line, it has slightly downhill slopes which will make it very fast, and will certainly see a furious build-up as the peloton should be relatively compact until then.

“The paved area is going downhill. There are no fallback options to the left and right of the road. This contradicts the security that has been so emphasized lately. I don’t understand why this sector is on the scene. You are only going to look for dangers with that,” added Vierhouten.

“On the last cobbled sections, there can be a group of forty riders riding together. But on these first sectors, you go for it with a whole peloton. It’s fatal !”