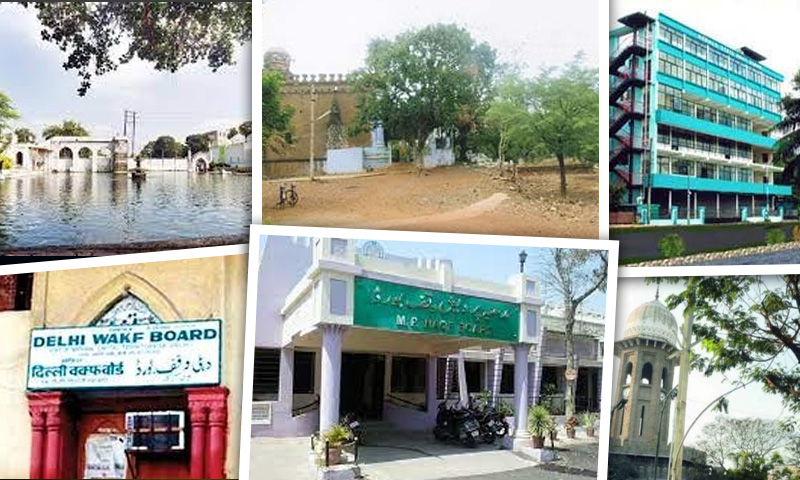 OThe akf properties across the country constitute a land bank just behind the railways. The same are of the nature of a permanent devotion to religious and charitable ends.

Legal provisions contained in the Wakf Laws of 1954 and 1995 provided for a survey of all Wakf properties. Statement of the purpose and reasons for an amending law [Amendment 27 of 2013] specifically indicated the insufficiency of data from the Wakf properties. This was only due to the omission of section 4(1) of the 1995 Act, in which no time limit was set for completing such an investigation. Thereafter, encroachments on Wakf properties continued unabated, as did unnecessary litigation.

The insertion of Article 4(1A) through the aforementioned amending law therefore had a specific purpose, viz. complete the survey within one year. Unfortunately, the amendment remains almost a dead letter in the statutes to this day.

The cascading effect of such a lack of investigation (or, more accurately, proper investigation within the meaning of Section 4(3) of the Wakf Act) is enormous, that is. multiplicity of procedures, undeveloped properties, benefits denied to beneficiaries and encroachments, etc. All of this adds to the Court’s burden.

The responsibility for the Survey rests primarily with the respective States. Survey commissioners are vested with powers that are vested in a civil court under the CPC {pursuant to Section 4(4) of the Wakf Act}. The report of the Investigating Commissioner, after investigation, is to be examined by the Wakf Councils to ensure validation. It is only then that a publication must be made in the Official Journal.

Official journals are official documents, testifying to public affairs and, under article 81 of the law on evidence, their authenticity is presumed[1]. The entries made therein are relevant facts under Section 35 of the Evidence Act.

There has been no publication in the Official Gazette after the enactment of the Wakf Act of 1995, that is, for the past 25 years, and the states and respective Wakf councils have not complied with the aforementioned legal requirements. It should be noted that commissioners of inquiry and members/leaders of Wakf Boards of Directors are deemed to be public servants under Section 101 of the Wakf Act 1995 and therefore may be punished as such.

Wakf boards across the country have had errant officials who have contributed very little to the cause. The Honorable Supreme Court of India in a recent judgment in the state of Andhra Pradesh v AP State Wakf Board & Ors.[2] highlighted the nonchalant functioning of the respective Wakf councils and found:-

Similarly, in a recent case before the Honorable High Court of Patna[3] in which the Wakf Board built a new multi-storey office for itself next to the High Court, in defiance of building regulations. A full bench of the High Court ordered the demolition of the same and the issue is now pending review by the Supreme Court[4]. It is apparent from this judgment that such a building was constructed on land which was dedicated to be a cemetery and Rs.14 Crores was spent for the construction.

The apathetic attitude of the respective state governments in not completing the survey as provided for in Section 4(1A) of the Wakf Act and following the procedure prescribed in Section 4(3) of the said Act renders all persons liable to prosecution for breach of duty being civil servants. The same, however, must not help the cause to know. protection and preservation of Wakf property. The noble intention of the donors/Wakifs has not been honored and their desires cherished to contribute for religious and charitable purposes founded. The law offers an excellent trajectory to achieve such an end, but the procedural delay, despite the insertion of Article 4(1A), is a direct cause for the investigation, as envisaged, to remain incomplete.

The courts have always jealously protected property belonging to religious and charitable institutions. Private negotiations, the need for public notice/advertisement, approval of development plans are requirements that honorable judges consider mandatory and relevant, especially when transactions of these properties seem questionable or eyewash. Such transactions which shock the conscience of the Courts come under the prism of judicial control[5].

Unfortunately, despite the clear legislative intent, the investigation as envisioned has still not been completed and Wakf properties are continually being wasted, causing unjustified losses to Wakf estates/beneficiaries while donors/Wakifs sadly turn back in their graves.

NOTE: The author filed a motion for writ in the public interest [W.P 1430/2019] in which he prayed for the investigations to be completed within a specified time. The Honorable Supreme Court issued an opinion and ordered compliance by filing affidavits.

The author is an honorable Supreme Court practicing attorney. Views are personal.

[3] Subject: Suo Motu knowledge taken by Court Order dated 01.03.2021 of a structure on the north side adjacent to the Patna High Court Centenary Building which occurred during the Covid-19 pandemic ( 2021 Civil Court Case No. 6751)