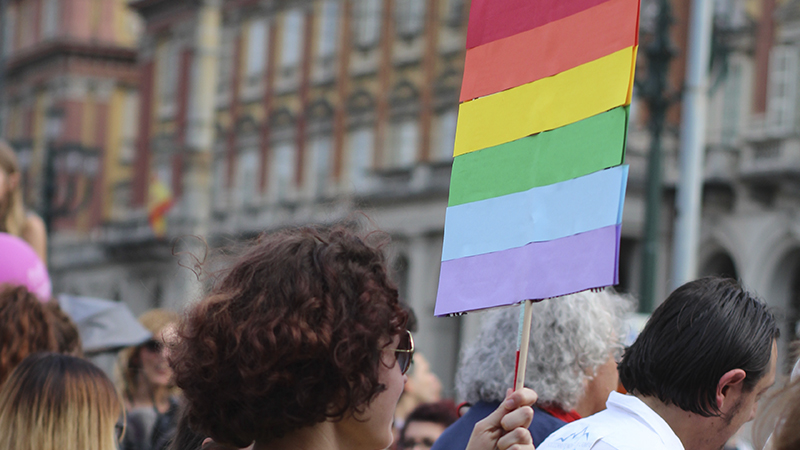 The Bookseller – Commentary – Save the Children: How Section 28 is still threatening LBGTQ+ books

If you live in the UK and were born before 1991, like me, you may have gone through your entire school career believing that LGBTQ+ people just don’t exist. Section 28 made it illegal to mention gay people in a classroom. If they had grown up back then, my daughters wouldn’t have been able to talk about their two moms, a confused and questioning queer teenager wouldn’t have been able to ask a teacher for advice, and the homophobic bullying at school would have been almost impossible for the faculty. treat.

This pernicious and damaging law was finally abolished in 2003, but it is impossible not to see echoes of it in the news from the United States, where the Florida Senate has just passed a bill prohibiting discussions on orientation or gender identity in primary schools. Same-sex couples in the state believe the bill prevents their children from talking about their parents, and activists warn that the bill will marginalize LGBTQ+ youth dealing with their identity.

In the children’s space, I believe we have both a responsibility and a golden opportunity to really influence attitudes. The stories we read when we are young continue to inform our values ​​for life

It’s not just Florida, and this disturbing trend has a particular impact on children’s literature.

In Kansas, books focusing on gender, race and feminism have been removed from school libraries. In Texas, state legislator Matt Krause has compiled a list of books that “could cause students to feel unease, guilt, anguish, or some other form of psychological distress because of their race or sex” for further investigation. The list includes Kalynn Bayron Cinderella is dead, a YA reimagining of the fairy tale with a queer black protagonist. Kalynn told me, “I’m incredibly discouraged by the recent wave of anti-LGBTQIA+ sentiment. Whether it’s banning books or discriminatory laws, it’s clear that cruelty is key. I’m worried. for young homosexuals who are endangered by these practices.”

But that couldn’t happen here, could it? The latest Firefox, Lee Newberry’s brilliant book featuring a family with two fathers is Waterstones Children’s Book of the Month. Harry Woodgate is gorgeous grandpa camper is on the retailer’s shortlist for Children’s Book of the Year. Mine The Pirate Moms will be the bedtime story of CBeebies on Red Nose Day read by Sue Perkins.

This may all be true, but we learned this week that bigotry and homophobia regarding what some guardians consider “appropriate” for children is still alive and well in the UK. Noah can’t even and to come gay clubs author Simon James Green has revealed that he has canceled school events because of their queer content “not in keeping with Catholic education and… contrary to our school ethos and Church teachings”, a decision taken by the local Archdiocese of Southwark which has funding links with the schools. The news was met with outrage and an outpouring of support from the industry and far beyond, but the fact that a queer author’s school events may be canceled due to homophobia, in London, in 2022 is shocking. This perhaps goes hand in hand with the trolling that I and other authors of children’s books with LGBTQ+ representation have received, and with the frankly terrifying figures from the Home Office that reveal that the crimes of homophobic hatred has doubled in just four years.

So what can we do, as writers and editors? Particularly in the children’s space, I believe we have both a responsibility and a golden opportunity to truly influence attitudes. The stories we read when we are young continue to inform our values ​​for life: if we show children that gay people can be the stars of these stories, they will take this knowledge with them as they grow up. As Charlie Morris, book marketer, host of the “Down the Rabbit Hole” podcast, and enlightened queer activist pointed out this week, straight people who continue to hold the attitude, however unconscious, that homosexuality shouldn’t be mentioned or is “adult”, is a hangover from Article 28: this comes partly from the fact that when these adults were growing up, they didn’t see LGBTQ+ people.

We can change that by researching and continuing to publish LGBTQ+ voices and ensuring we properly promote books that feature queer representation. We can find and write stories where the characters’ sexuality isn’t always something they struggle with or a problem – it’s just incidental, as much a part of their personality as a taste for ice cream or a talent for sarcasm. I worked with the Polari Prize, the UK’s only prize for queer literature, to launch a children’s prize and YA for this reason: to highlight children’s books with LGBTQ+ representation with the aim of obtaining better discoverability and to bring them more attention and I hope that we will receive submissions from all over the children’s publishing industry.

In this country, Article 28 may be a thing of the past, but the books we publish have the power to create a more tolerant and egalitarian future.