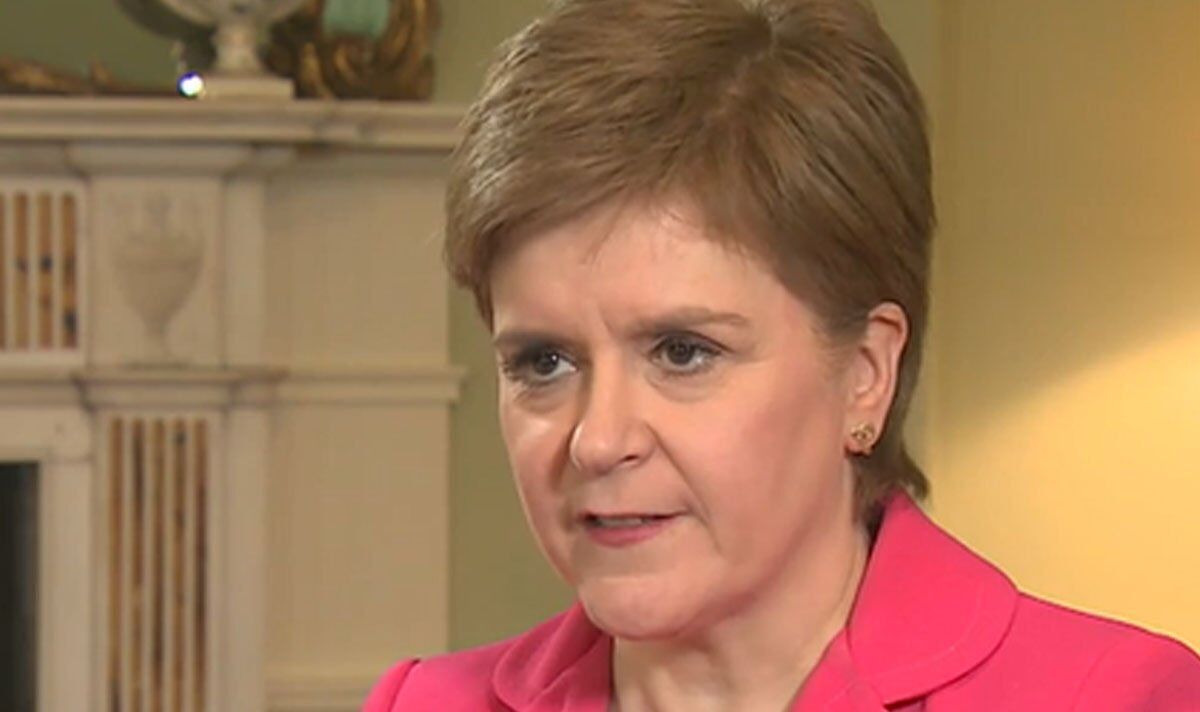 Nicola Sturgeon is to launch the first of a new series of articles which she says will form an “updated independence prospectus”. The First Minister of Scotland is due to unveil the first of the Scottish government’s Building a New Scotland series documents at Bute House in Edinburgh on Tuesday. She criticized Boris Johnson for his lack of “interest in democracy”.

Speaking to ITV’s Border, Ms Sturgeon said: “I face the reality that we have a Prime Minister who does not respect democracy.

“I have to find a way forward that offers a legal process because, unlike Boris Johnson, I respect the rule of law.

“We know that the jurisdiction of the Scottish Parliament without an order under Article 30 is in dispute, so that’s what we’re navigating. That work is well underway.”

And although she said the papers – seen as an update to the independence white paper published ahead of the 2014 referendum – would ‘openly set out the challenges a newly independent Scotland would face’, she said. also emphasized that they would also “point the way” to a wealthier, fairer and more resilient nation.

The launch comes after Ms Sturgeon’s SNP won the 2021 Holyrood election on a manifesto which included a pledge to hold another referendum on Scotland’s place in the UK once the Covid crisis subsides.

The SNP failed to win a majority of seats in the Scottish Parliament in this election, but voters who also elected a record number of Green MSPs created an independence majority in Holyrood.

The SNP leader has repeatedly made it clear that she wants a referendum before the end of 2023 – despite fierce opposition from the UK government to holding such a vote.

And although she said ‘having the full powers of independence does not guarantee a better future’ for Scotland, it was ‘striking how successful’ countries similar to Scotland were doing. compared to the UK.

These nations, she said, “can help pave the way for a wealthier and fairer New Scotland that is more resilient and better placed to help people facing issues such as the cost of living crisis that ‘a British government committed to a hard Brexit whatever the Cost’.

Speaking ahead of the launch of the first document, the Prime Minister added: “The Building a New Scotland series will openly set out the challenges a newly independent Scotland would face, how they might be overcome and the opportunities that come with independence – as evidenced by the success of comparable independent nations as well as our own resources and talents.”

Opposition MSPs, however, insisted the Scottish Government should focus more on issues such as the cost of living crisis.

“The vast majority of Scots don’t want to be distracted by another referendum next year. They want the government to be 100% focused on our recovery from the pandemic, the global cost of living crisis, supporting our NHS and job protection.

“Yet Nicola Sturgeon recklessly continues his obsession anyway. It’s just shameful when the country faces so many major challenges.”

Mr Cameron insisted: ‘The distraction and disruption of another bitter referendum debate is the last thing Scotland needs right now.’