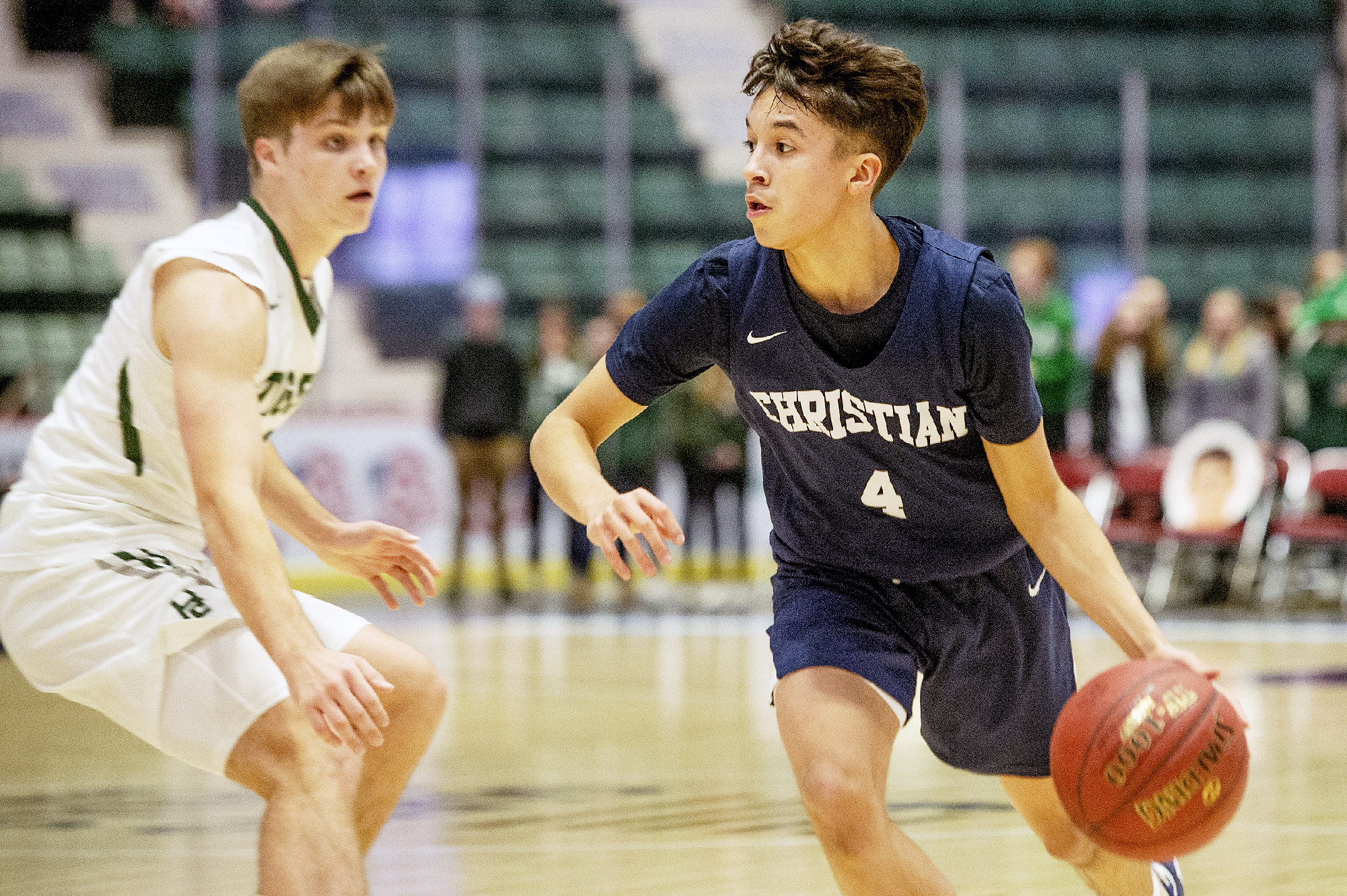 GLENS FALLS – What started as a small net turned into a flood of defensive points and saves for Mekeel Christian Academy on Thursday night in the Class A Division II basketball semifinals of his boys with Hudson Falls.

Seven unanswered points to close out the first quarter and a 24-8 run in the next proved huge as the Lions knocked out the No. 2-seeded Tigers 64-50, and had the opportunity to defend their championship, at Cool Insuring Arena.

Joe Roddy had jump shots at the end of each of the first three quarters, with the Senior Mekeel’s 3-pointer to close out the first gave the No. 3-seeded Lions a 16-15 lead, and a lead they wouldn’t give up.

“The most important thing was that we executed,” said Roddy, who along with Christian Jahnel are the sole survivors of the 2020 Section II title team. [Chad Bowman] came with a great game plan, and we did it well.

Running was part of that plan, and Mekeel did plenty in the second quarter before the Hudson Falls defense could get in place. Mekeel was also lucky to have Hudson Falls big men Peyton Smith and Evan Kwasniewski both on the bench for significant periods with three fouls as the lead grew to 40-23.

“In the first half, we were hoping to get out and run around a bit, and hope it would take its toll,” Bowman said.

Roddy scored nine of his 15 points in the second quarter, capped by a base jumper that made it 40-23, and four other Lions added points. Freshman Isaiah Rose was not among them, but helped set the tone by taking a charging call and blocking a 6-foot-8 Smith shot early in the quarter.

“We ran our business and did what Mekeel does,” Roddy said.

“The second quarter was obviously huge for us,” said Bowman, whose team opened the period with a 15-2 push. “If we wanted to finish the match, we had to defend and bounce back.”

“I thought a key part of the game was the end of the third quarter,” Bowman said, “when we got a little bit off.”

Two free throws from Smith pulled the Tigers within 10 for the final time.

“We went into halftime and talked about getting it down to 10, and we had two possessions to get it through,” Hudson Falls coach Greg Smith said. “We missed a lay-up, we turned it over.”

Roddy’s 3 came with 30 seconds left in the third, as he just beat the buzzer when he finished the first and second quarters with field goals.

“It definitely boosts my confidence,” Roddy said of those top 3 going 16-15. “I feel like once I hit one, I go for it and the team goes.”

Roddy had six rebounds and three steals to go with his second straight 15-point outing after helping lead the Lions to a 60-34 quarterfinal win over Lansingburgh. Zahki Fallen led the Lions (15-5) Thursday with 17 points, including an 8-for-8 performance from the line, Will Radliff had 14 points and seven rebounds, and DeJesus had 11 points and five assists.

Radliff drove for two baskets before Roddy’s 3 to end the first quarter as Mekeel erased a 15-9 deficit.

Peyton Smith had 17 points and 12 rebounds, Noah Tyler scored 12 points and Ben Swartz had 10 points for the champions Foothills Council, who hoped to give the high school its first Division II title since 1945.

“In the first quarter, we matched their intensity,” Greg Smith said. “The second quarter killed us.”

Swartz had seven 3s and had 27 points in Hudson Falls’ 66-36 quarter-final win over Averill Park, but missed all three of his semi-final attempts.

“The coach made it clear that we needed to focus on defence,” Roddy said.

Mekeel, making his sixth consecutive last-four appearance this season, will face number 8 Gloversville in Saturday’s championship game at 2 p.m. at Cool Insuring Arena. Gloversville beat No. 4 Amsterdam 60-50 on Thursday after knocking out top-seeded Troy 76-72 in double overtime on Sunday. Gloversville won its last regional championship in 1989.

“We’ll have to go out and perform,” Bowman said. “They are a tough team that we will have to face.”

More from The Daily Gazette: