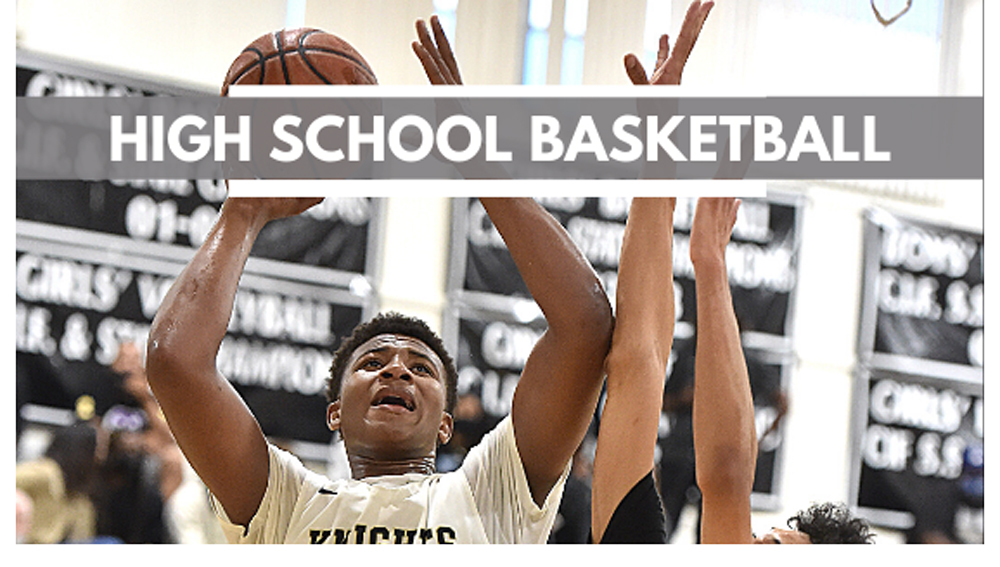 FONTANA – Joshua Okolugbo wouldn’t have believed him if you told him two years ago that he would win a CIF South Section title.

“I feel like I’m dreaming right now because I didn’t expect this moment or to go this far,” Okolugbo said.

Okolugbo dominated the rim en route to a game-high 21 points and 15 rebounds as Fontana defeated Riverside Prep 67-50 on Friday night in front of a packed gym to win the Division 5A championship.

“It feels good to play in such a big moment in front of this home crowd. They deserve it,” said Okolugbo, the Skyline League MVP this season.

The 6-foot-4 senior added eight blocks, six steals and three assists for Fontana (25-5), who won their first section title since 1995.

“We will enjoy this moment but after that we have to focus,” Okolugbo said.

The Steelers, making their first playoff appearance since 2007, advance to the CIF State playoffs starting next week.

“When I made the decision to take this job, and talking to my peers, I said, ‘We’re going there to win a CIF title’ and they said, ‘No way’ and I I said, “Why not? “said Fontana coach Mel Wilkins, who led the Miller women’s basketball program to back-to-back sectional championships in 2007 and 2008.

“You just have to put in the work, and these kids bought in and they believed,” Wilkins said.

Esteban Perez scored 10 points in the first quarter and Sergio Avalos scored three 3-pointers in the second quarter and finished with 16 points to help Fontana win their seventh straight game.

“The last few seasons haven’t been that successful. Words can’t describe what this means to us as a program,” said Steelers assistant coach Anthony Clayton, a 2001 Fontana High graduate.

Odell Wright made three 3-pointers and had 14 points, but Riverside Prep (18-8) saw its 14-game winning streak snapped. The Silver Knights, who lost to Fontana 63-19 on Dec. 3, were held to just 16 points in the first half.

“We knew we weren’t the same as then but when you’re up against a talented guy 6-4 like (Ogolugbo) it’s tough,” said Riverside Prep coach Chris McIntyre.

Perez scored the first six points for Fontana before adding a 3-pointer as the Steelers took an early lead.

Avalos got hot behind that 3-point arc in the second quarter, and Okolugbo controlled the low block in the second half to keep Fontana ahead by about 20 points in the fourth quarter.

2022-02-26
Previous Post: Metro operations will be curtailed on the Yellow Line section on Sunday due to maintenance work
Next Post: Section VI goes to cashless ticket sales | News, Sports, Jobs