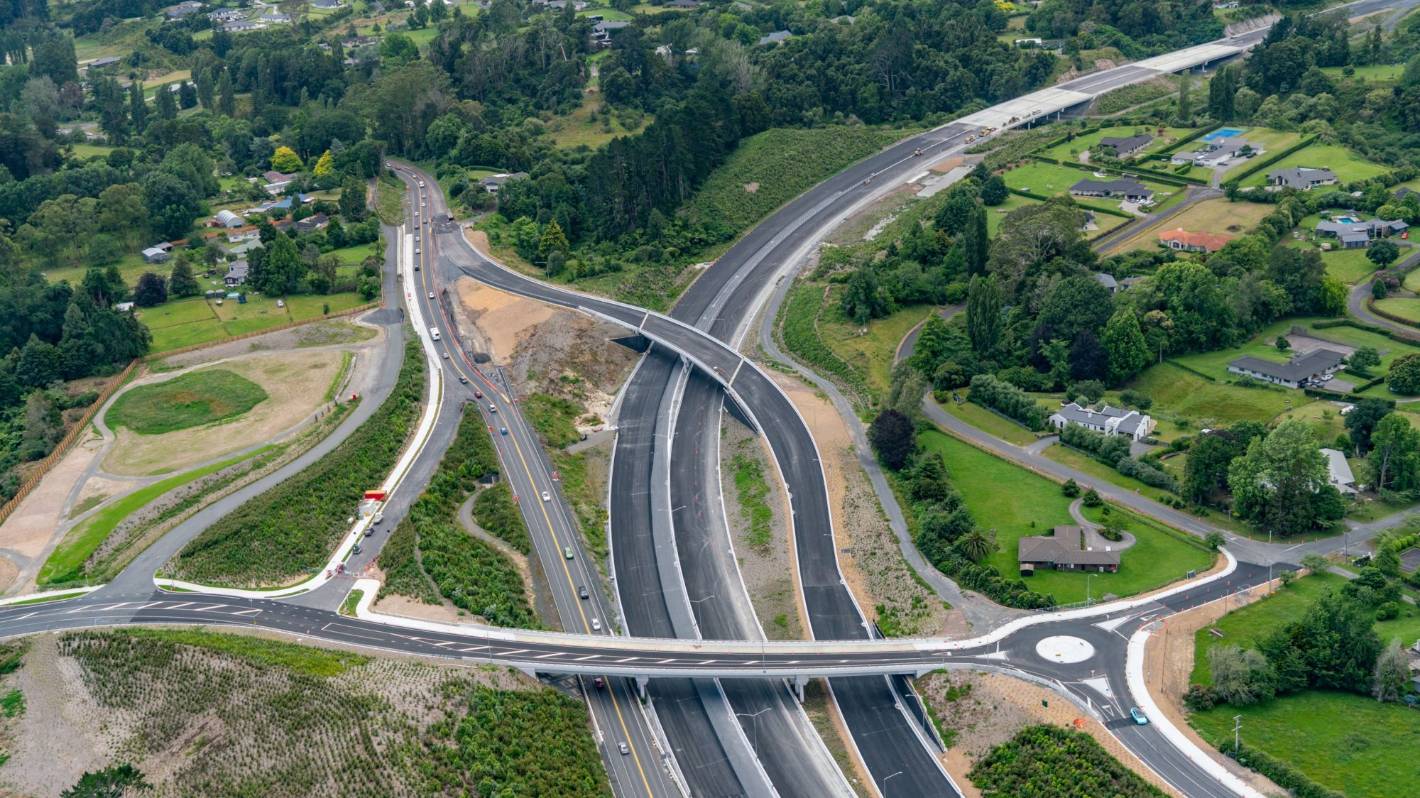 Countdown for the Hamilton Section of the Waikato Highway

Traffic has switched at the Tamahere South Interchange to allow crews to focus on the northbound lanes.

The Waikato Expressway is nearing completion, with final touches beginning to be applied to the 22 km stretch of the four-lane highway.

The Hamilton section is due to open to the public in mid-2022, completing the wider scheme which started in January 2009 and consists of 102km between Cambridge and the Bombay Hills.

Noise-damping asphalt has been laid, barriers and signs have been installed, and traffic has just shifted on part of the new road near Tamahere.

Jo Wilton, regional infrastructure delivery manager in Waka Kotahi, said chip sealing was complete and 80% of the final asphalt layer was in place.

READ MORE:
* Next stage fix for one of the toughest intersections in the country
* The vacation road trip will be smoother next summer as the completion of the Waikato Expressway draws closer
* Temporary asphalt plant installed for the Hamilton section of the highway
* Coronavirus: Completion of Hamilton section of Waikato Expressway may be affected by Covid-19 lockdown

“Long stretches of the highway have been sealed with a special noise-reducing asphalt mix to lessen the impact of traffic noise.”

Construction is now focused on two key connections – the South Interchange at Tamahere and the Resolution Drive Extension at Rototuna, which connects the town to Resolution Interchange.

A bird’s eye view of the Hamilton section of the Waikato Highway by Waka Kotahi NZTA in December 2020. (This video was first posted on January 8, 2021.)

Further progress saw 42.5km of soft crash barriers, out of a total of 63km, completed and 5.8km of 7km concrete barriers installed.

More than half of the W-section steel barriers have been installed and 350 of the street lighting poles are now in place, out of a total of 500.

There are also 700 panels to install.

A series of overnight closures in March will allow the construction of gantries to hold directional signs on SH1.

Wilton said the project hit a new milestone last week with the change in traffic on the Hamilton section near Tamahere.

Originally scheduled for the weekend, former Tropical Cyclone Dovi forced a postponement, meaning the change was pushed back into Tuesday night.

The switch required an overnight closure of SH1 between the SH1-SH26 roundabout at Hillcrest and the SH1-SH21 interchange at Tamahere, while barriers were moved and line markings completed.

After the closure, all traffic was moved to the new bridge, which will eventually be the southbound on-ramp, for approximately six weeks before northbound traffic returns to use the on-ramp into the city .

The switch allows the northbound lanes to be completed at the south interchange.