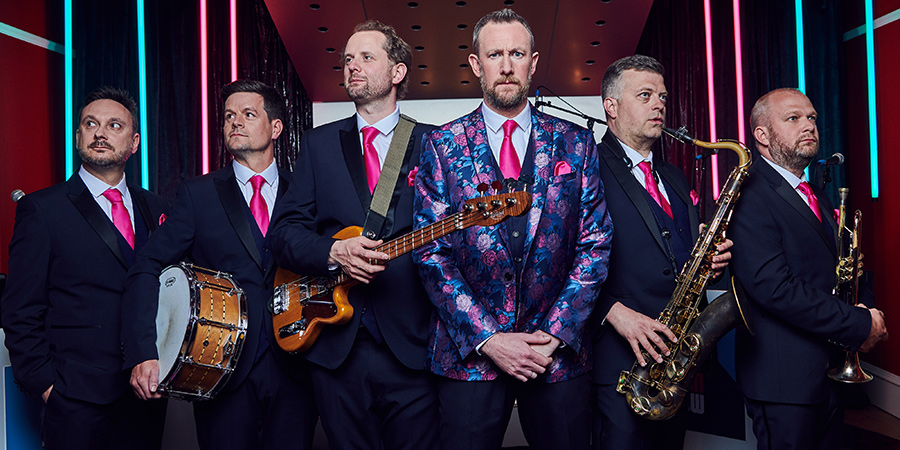 Channel 4 is cementing its relationship with Taskmaster creator Alex Horne, commissioning a new series from his group The Horne Section, which British Comedy Guide can exclusively reveal.

The Horne Section TV show is described as “a unique blend of talk show and sitcom, music and mayhem”. Six 30-minute episodes have been ordered following a successful pilot revealed by BCG last year.

“I’ve always thought that a show’s title is indicative of the quality of writing in a show, so the Horne Section TV show seems to be pretty special,” Horne said. “I’ve known some of these musicians for over forty years and can safely say it’s very bizarre that one of them is now in a six-part scripted comedy series on Channel 4.”

BCG understands that the series is significantly different from the band’s 2018 pilot for Dave, which was recorded at the London Palladium. A broadcast date has not yet been set.

The Horne section provides the theme music for Taskmaster, which Channel 4 stole from Dave in 2019. They also appeared as a group on 8 Out Of 10 Cats Does Countdown, hosted Never Mind The Buzzcocks as an ensemble and have sometimes been the home of The Last Leg. bandaged.

McDermott said: “Alex is an extraordinarily talented comedian; unique, charming and unpredictable, The Horne Section TV Show is designed to reflect all of these qualities, with a unique blend of talk show and sitcom, music and mayhem and we can’t wait to share it with Channel 4 viewers.”

Horne just appeared on The Big Celebrity Cake for the channel. And he currently co-hosts Series 13 of Taskmaster with Greg Davies, with the hit show’s line-up including Bridget Christie, Ardal O’Hanlon, Judi Love, Sophie Duker and Chris Ramsey.

A broadcast date will be announced later this year.

2022-04-14
Previous Post: CEDA appoints first Director of Economic Development | Business section
Next Post: Petition from Leadmill management for suspension of Section 25 of the Landlords and Tenants Act as dispute with landlord continues