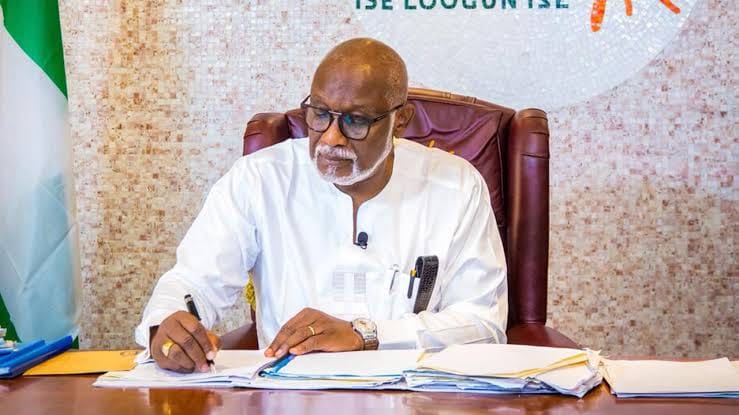 Article 84(12): Akeredolu orders appointees wishing to run for competition to resign by April 14

Rotimi Akeredolu, Governor of Ondo, has ordered political appointees and public office holders wishing to run in the 2023 elections to step down by April 14.

The directive was contained in a memo dated April 11, 2022 and signed by Catherine Odu, the state government secretary.

According to the memo, the decision was made based on the provision of Section 84(12) of the Electoral Act 2022.

“As you are aware, the President of the Federal Republic of Nigeria, His Excellency, Muhammadu Buhari, has signed the Election Amendment Bill and the Independent National Electoral Commission (INEC) has issued guidelines on the conduct of the impending general elections, thus signaling the start of intense political activity at both the federal and state levels,” the document reads.

“Consequently and in accordance with the provisions of section 84 (12) of the Electoral Act 2022, holders of political and public office wishing to participate in the political process, either as a candidate for elected office or as delegate, must resign from their appointment no later than Thursday, April 14, 2022.

“This is for your information and strict compliance.”

Section 84(12) of the Elections Act reads: “No person politically appointed at any level shall be a voting delegate or be elected to a convention or congress of a political party for the purpose of the nomination of candidates for election.”