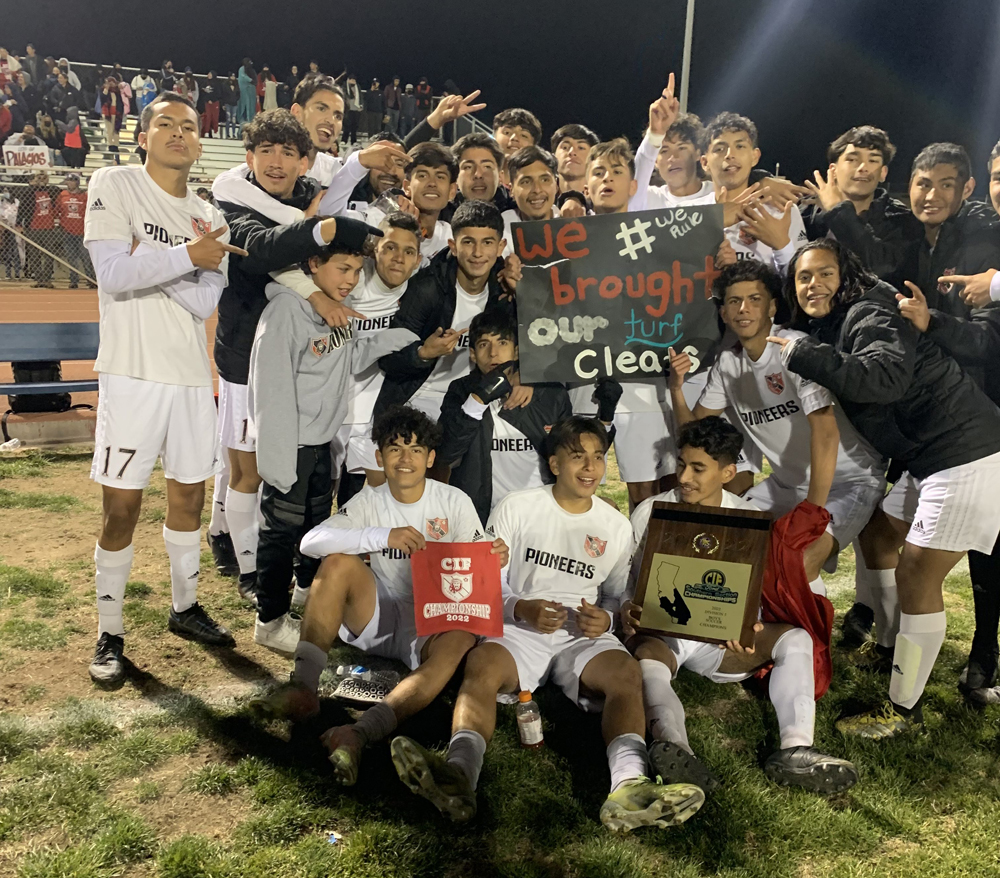 ARTESIA – After 80 minutes, the Artesia men’s soccer team’s 20-game winning streak was still alive, but the score was a draw.

However, the Pioneers were still confident in overtime.

“They believed in themselves. They believed in each other,” said Artesia boys soccer coach Octavio Marquez, who graduated from Artesia High School in 1993. “You could see the bond they had on a daily basis. Usually you see small groups within a team hanging out with each other, but you haven’t seen it with this team. They were all together.

“It was surprising. He came out of nowhere,” said senior Artesia defender Miguel Rodriguez, who is one of the team’s captains. “I didn’t expect it to work. I expected him to bounce back, but as soon as I saw the ball hit the net, I had tears of joy.

“It was an incredible feeling. The crowd went wild. Our players went wild. The coaches went wild,” Marquez said. “For me, honestly, it was surreal. It was a dream come true. Something we’ve been waiting for a long time. »

Artesia finished with a stellar 24-2-1 record.

“Our program has been good for years. We haven’t been lucky to be able to win a CIF championship (so far),” explained Marquez, who recently concluded his fifth season as head coach.

“We knew before the start of the season, because of the group of kids we had, that we knew this season was going to be special,” Marquez continued. “It didn’t mean we were going to win the CIF, but we knew something special was going to happen with this group of kids.”

Rodriguez said that special bond was the synergy needed to win a CIF-SS championship.

“This team is one of a kind,” Rodriguez explained.

Rodriguez said playing during the pandemic was extremely difficult, but he is proud of his teammates for overcoming adversity.

“The pandemic has affected me quite enough because it has killed all motivation for football… (but) we worked hard during the season, before the season, we ran as a team, we did everything together as a team,” said Rodríguez. “We listened to our coaches. We stayed disciplined.

Artesia lost 3-2 in overtime to San Diego’s Crawford in the first round of the CIF SoCal Division IV Regional Playoffs on Tuesday, March 1.

The Pioneers had eight seniors on their roster, but will return eight of 11 starters next season. Marquez said the team’s underclass will never forget what it took to win their first CIF Championship.