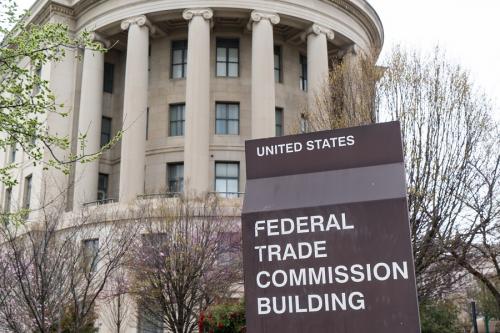 On April 7-8, 2022, the Antitrust Law Section of the American Bar Association concluded its annual spring meeting. The event featured updates and remarks from several antitrust enforcement officials, including FTC Chairman Lina Khan and Assistant U.S. Attorney General for the Antitrust Division Jonathan Kanter. In this article, we share the main takeaways from the last two days of the Spring Meeting.

The FTC and DOJ will remain focused on litigationon: Senior officials from both U.S. antitrust agencies pointed to the agencies’ comprehensive filings and noted that litigation to enforce antitrust laws will remain a top priority.

Agencies will be looking closely at potential M&A remedies: FTC and DOJ officials emphasized that they would continue to review the effectiveness of remedies and would only pursue strong remedies.

Agencies are considering changes to HSR filings: Khan and Vedova pointed out that the FTC is considering modifying the HSR pre-merger notification form to provide more relevant information upfront to better inform staff review of transactions.

Persistent skepticism about the effectiveness of mergers and acquisitions: Commissioner Slaughter said she would like to see less focus on efficiencies in the revised merger guidelines, particularly with respect to vertical mergers. Gwendolyn Cooley, the representative for the National Association of Attorneys General, said state law enforcement assesses whether job loss as a result of a transaction should be considered an efficiency rather than a harm. and noted that state attorneys general were likely to submit comments to the merger guidelines on this matter.

Other FTC Section 5 cases may be on the horizon: FTC officials believe that the case law and precedents of Section 5 of the FTC Act, which prohibits unfair and deceptive acts or practices, are sound, and the FTC will consider pursuing further actions under the Act. 5.

The FTC will aggressively pursue conduct cases and reevaluate standards: The FTC also has an active record of driving cases.

The consumer welfare standard is further challenged by both sides of the aisle: Many panelists noted that theories of harm are not well understood through the prism of higher prices and lower quality. Kanter said he doesn’t believe the consumer welfare standard should be considered given widespread disagreement over how it applies. In particular, US antitrust agencies will assess the harm that may result from the conduct of a dominant firm.

The FTC seeks the power to obtain equitable relief: Khan and Levine emphasized that it is imperative that Congress restore the FTC’s authority under Section 13(b) of the FTC Act to recover money from aggrieved consumers through equitable relief such as than restitution or disgorgement.

States will aggressively enforce antitrust laws: Law enforcement stressed that they will assess whether to pursue independent actions to protect state interests or to seek just redress.