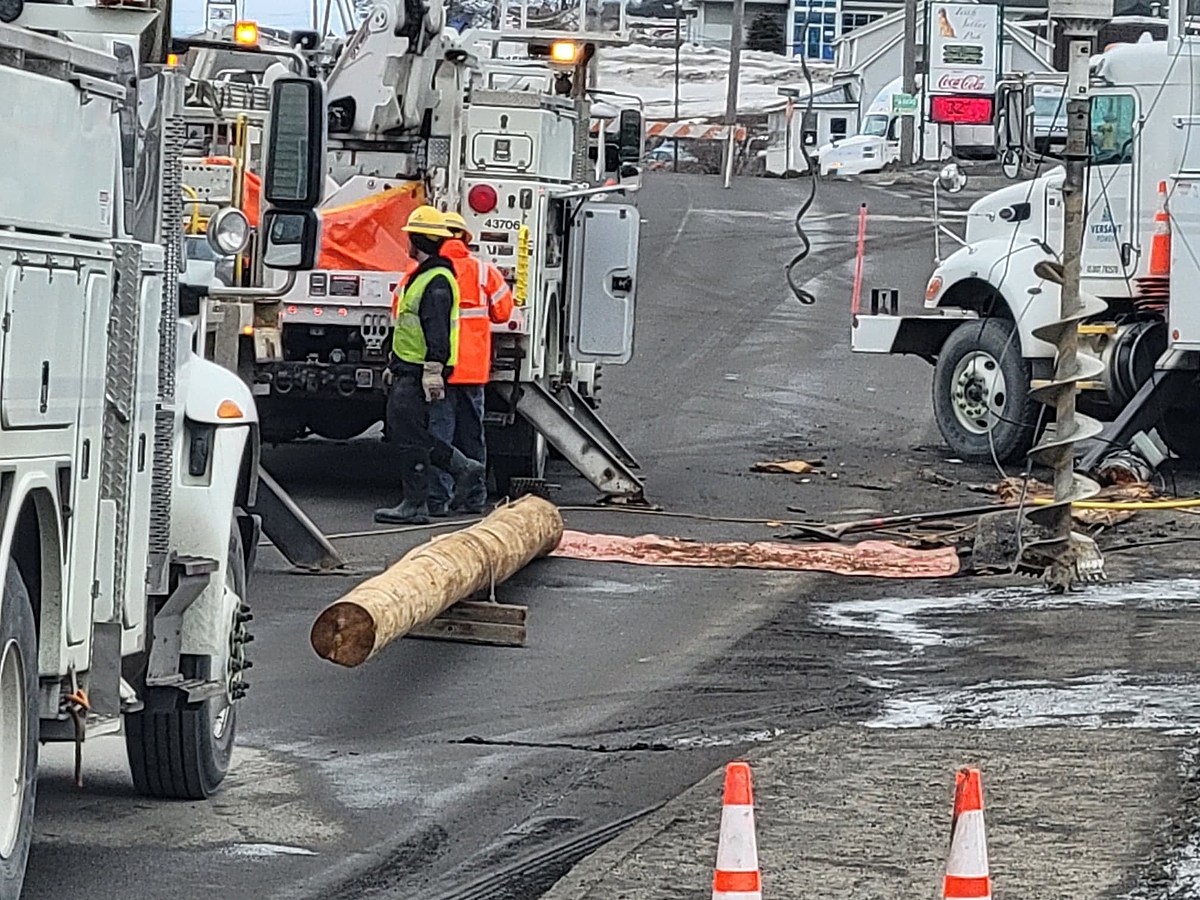 A section of Main Street in Près Isle was closed to traffic on Thursday morning after a bus hit a utility pole, snapping it in two and pulling power lines across the road.

The bus driver, identified as Mark Woodman, was uninjured and parked the bus in a Main Street parking lot, according to Près Isle Police Department Corporal Eric Depner. The lower part of the pole snapped, knocking some power lines down the street and leaving other lines hanging in the air.

As emergency personnel arrived on the scene, a tractor-trailer drove by and removed more hanging cables, Depner said.

Officer Nicole Dudley and Cpl. Depner were the investigators. It was determined that the driver was momentarily distracted and drifted off the road into the pole. There were no passengers on the bus at the time and no injuries.

A section of Main Street in Almost Isle closed

Almost Isle Police say a section of Main Street from North Street to Davis Street could be closed for several hours as Versant Power crews work to replace the utility pole and repair fallen lines.

Motorists traveling on Main Street North are asked to seek an alternate route Thursday. Diversions are in place at North Street and Davis Street to move traffic around the work area.

Moments of March 2022 in Aroostook County

It’s been a long and active March in Aroostook County, with mask mandates dropped, state champions crowned and tragedy untold.

Take a look inside the century-old doctor’s dorm for sale in Portland, Maine

The original home of Portland power couple William and Mary Cate Thomas, a stately property at 120 West St. is officially up for sale for the very first time. His first life was home to a large family and his second life was a doctor’s dorm for Maine Medical Center. What does the third act have in store for us?